Second Chance For The Surgeon 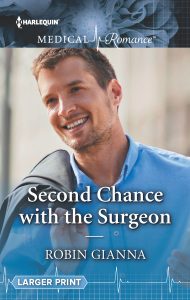 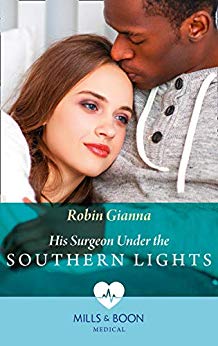 His Surgeon Under The Southern Lights

The lone-wolf doc meets his match! In this Doctors Under The Stars story, only when exploring the Antarctic’s freezing waters can marine biologist Dr. Zeke Edwards forget the heartache of losing his family. Until an unexpected, passionate kiss with new colleague Dr. Jordan Flynn starts to break through the barriers around his heart. Having both sworn off relationships, they agree to a temporary fling. Then danger strikes…and they’re forced to realize their feelings are anything but temporary!

The Family They’ve Longed For

What she’s always wanted:
Love. A family. Him.
Pediatric surgeon Rory Anderson is dreading returning to her small Alaskan hometown and seeing her ex, local doctor Jacob Hunter! After everything they lost, discovering he’s a single dad brings back so many painful memories. Only when it becomes clear their chemistry’s as powerful as ever, Rory dares to hope Jacob and his son could be the family she’s always longed for… 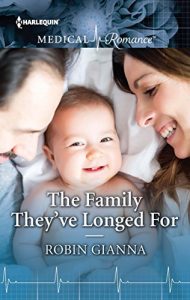 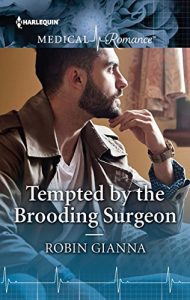 Tempted by the Brooding Surgeon

The one man who won’t let her in…
…is the only man she wants!
Annabelle Richards arrives in Peru to find she’ll be working with renowned surgeon Daniel Ferrera—the man who almost ruined her career! She’s worked too hard to let him get in her way again. But when Annabelle learns that Daniel’s brooding exterior hides a wealth of pain, an unexpected passion ignites between them. Will temptation prove too much to resist?

Temporary Christmas fiancée—to future duchess!
When paramedic Mateo Alves unexpectedly becomes heir to his family’s dukedom, he’s asked to return home. But Mateo loves his New York career. So when sparks fly between him and beautiful ER doc Miranda Davenport, he sees a way to appease his family over the holidays…

Miranda can’t believe she’s agreed to be Mateo’s temporary fiancée, but as love child to the head of the wealthy Davenports, she knows all about troubled families. Can a magical Spanish Christmas together bring them both the happiness and belonging they deserve? 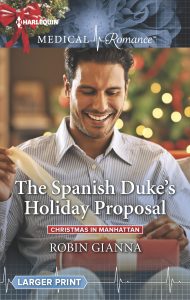 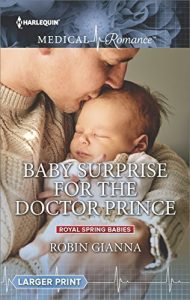 Baby Surprise for the Doctor Prince

Their royal bundle of joy!
Two months after her breathtaking night with Prince Enzo Affini, nurse Aubrey Henderson arrives in Venice to discover he’s her new boss. And even more shocking? The news she’s carrying his royal baby!

Guarded doctor Enzo has long protected his legacy—and his heart. He’s determined not to trust his attraction to irresistible, spirited Aubrey. But as their baby grows, so, too, does their undeniable connection…and a longing for a happy-ever-after that neither can deny!

Reunited with His Runaway Bride

I’m so happy about all the wonderful reviews I’ve been receiving for Reunited With His Runaway Bride!

It’s been described as “Addicting,” “Heart-warming,” and “A great story.” One reviewer stated that “While many books keep my feelings engaged from time to time, seldom does a contemporary story grab my thoughts from the very start and not let go until the last scene is read.” Another said, “When I read a book with a plot that works, a book with such a skilled way of words putting me ringside, two characters I believed in from the beginning; when I feel every emotion under the rainbow reading the story and when I realise at the conclusion I’m all warm and fuzzy – terribly sad the ride is over, there is no question in my mind to reward Reunited With His Runaway Bride with 5 bright and shiny stars!” 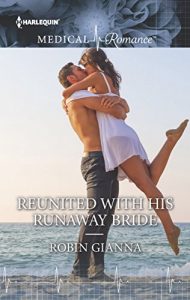 So you can see why I’m thrilled!

Check out the reviews on Goodreads: https://www.goodreads.com/book/show/30892444-reunited-with-his-runaway-bride?from_search=true

There’s also a Goodreads giveaway on that link too, so enter to win one of two print books I’m giving away. Thanks for stopping by, and good luck!

The Prince and the Midwife

Gabriella Cain prides herself on the exemplary service she provides to her celebrity moms-to-be. So she certainly doesn’t appreciate Dr. Rafael Moreno suddenly taking over her department…even if he isroyalty—and gorgeous!

But distrust soon turns to secrets shared as irresistible Rafe proves dangerously easy to fall for. With a painful past behind her, can Gabriella dare hope for a fairy-tale ending with her prince?

One Christmas night with consequences!

Talented midwife Hope Sanders’s dream of holding a baby of her own is finally coming true! She’s just weeks away from beginning her fertility treatment—and then meeting gorgeous hotshot fertility doc Aaron Cartwright throws a holly sprig in her plans…

Aaron’s mistletoe kisses might be dazzling, but after they spend one magical Christmas night together, Hope never expects to end up pregnant! Now she’s faced with telling Aaron her surprise baby news…but has she finally found the man of her dreams, too? 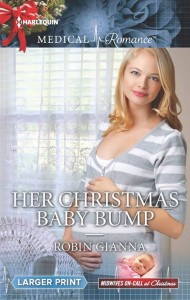 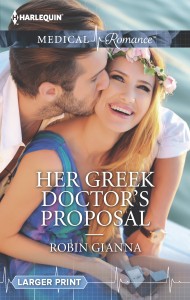 Archaeologist Laurel Evans put her career on hold to care for her younger sisters. Now, close to her goals, she won’t let anything distract her. Laurel has come to Delphi to dig up ancient treasures, but she finds a modern day Greek god instead–local doctor Andros Drakoulias!

A devoted single dad, Andros is determined to give his little girl stability. He knows his fling with Laurel can’t last so why is it so hard to imagine a future without her by his side?

It Happened in Paris…

Avery Girard might have sworn off men, but she can’t help getting swept away by the magical romance of Valentine’s Day in Paris…especially when she’s spending it with totally irresistible Dr. Jack Dunbar. One little fling can’t hurt, right? Wrong! When it comes to Jack she’s not only close to losing her professional cool…she’s close to losing her heart!

A Valentine to Remember One day they will never forget! 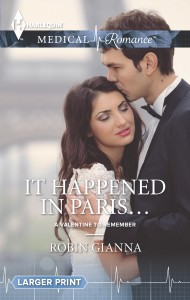 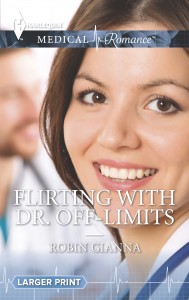 Flirting with the forbidden…

For intern Dr. Katy Pappas, seeing delectable surgeon Alec Armstrong again is sweet torture! He might have rejected her after their sinfully delicious kiss years before, but he still sets her pulse racing!

Alec is captivated by gorgeous, grown-up Katy. But as his best friend’s sister, a colleague and his student, Katy is definitely off-limits! He’s made the mistake of mixing business with pleasure before, and he won’t risk Katy’s career. Yet can he resist the oh-so-wrong when it feels oh-so-right…?

The Last Temptation of Dr. Dalton

Charlotte ‘Charlie’ Edwards runs a mission hospital in Liberia, West Africa. She knows all too well what it feels like to have a disfigurement, and is determined to open a new wing of her hospital that will be devoted to plastic surgery. Problem is, she can’t open the new wing without funding from a philanthropic organization. And they’ll only provide the money after she has a plastic surgeon on the premises.

Dr. Trent Dalton is about to go on vacation after having just left a one year stint working in a mission hospital for the Global Physicians Coalition. He’s asked to postpone his trip a few days to fill in at a hospital in Liberia until their new general surgeon arrives. Gorgeous, feisty Charlotte Edwards is impossible to resist, and they enjoy a one night fling together the night before he leaves. Problem is, he’s forced to come back! 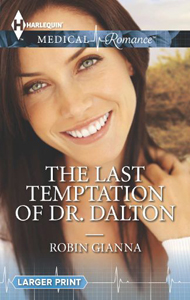 Trent and Charlotte know that second goodbyes can get messy, and agree to keep their relationship strictly business only from now on. Of course, that’s easier said than done! Then Charlotte finds out Trent isn’t just a general surgeon—he’s a plastic surgeon too. A representative for the philanthropist is coming any day, and Charlotte doesn’t have a plastic surgeon on site yet. Desperate for the funding, Charlotte deceives Trent to keep him there until the rep gives her hospital the green light and the money.

As Trent and Charlotte grow close, she knows what she’s done is wrong, and can’t help but worry—what will happen if Trent finds out the truth? 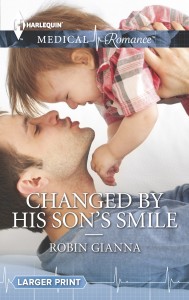 Changed By His Son’s Smile

As the son of mission physicians, Dr. Chase Bowen grew up living in mission hospitals around the world. He knows a family is out of the question for him, because the places his work takes him are too dangerous for children. Chase is stunned when his lover from three years ago shows up to work in Benin for an eight month stint. Three years earlier when they’d worked together in Honduras, Dani asked him to marry her and have a family together. Chase felt he had no choice but to turn her down flat, despite how much it hurt saying goodbye.

A two-and-a-half year old boy has arrived with Dani here in West Africa, and Chase realizes why she’d asked him to marry her – the child is his! Chase tells her he accepts her marriage proposal, but Dani responds that it’s too late!

Chase is determined to change her mind, and insists their son belongs in the US, where he’d be safer than in places like Africa. Being a mission doctor is his life, but he’s convinced they can make it work with her and their son in the US, and him working there a few months a year. Dani knows how it feels to be unimportant to a parent, and refuses to marry a man her son would see only a few months a year. Can Chase and Dani find a solution that will work for all three of them? Or are their differences too big to overcome?